As shown in the Strategic Highway Safety Plan (SHSP) Organizational Structure below, the updated SHSP established 13 emphasis areas organized under four key areas, including nine critical emphasis areas (CEAs) that have developed strategies and action steps for implementation. Selection of the nine CEAs for the 2021-2025 SHSP Update was a data-driven process, and includes CEAs with the highest number of fatalities and serious injuries over the previous five years (2014-2018). Seven CEAs are continued from the previous SHSP (Impaired Driving, Intersections, Lane Departures, Motorcycles, Occupant Protection, Pedestrians, and Young Drivers) and there are two new CEAs for the 2021-2025 Update: Safe Speed and Older Drivers.

Speed is a major contributing factor to driver, pedestrian, and bicyclist fatalities and accounts for one-third of all traffic fatalities in Nevada. As one of Nevada’s new CEAs, a Safe Speed Task Force will be formed to implement and track new strategies and action steps that focus on eliminating fatalities and serious injuries related to vehicles exceeding safe speed.

Older driver fatalities have steadily increased from a low of 44 in 2014 to a high of 78 in 2018. With the aging population in Nevada and a rise in fatalities, Older Drivers (over age 65) is a new CEA for the SHSP.  An Older Drivers Task Force will be formed to take action on new strategies and action steps to help eliminate fatalities and serious injuries from crashes involving older drivers. 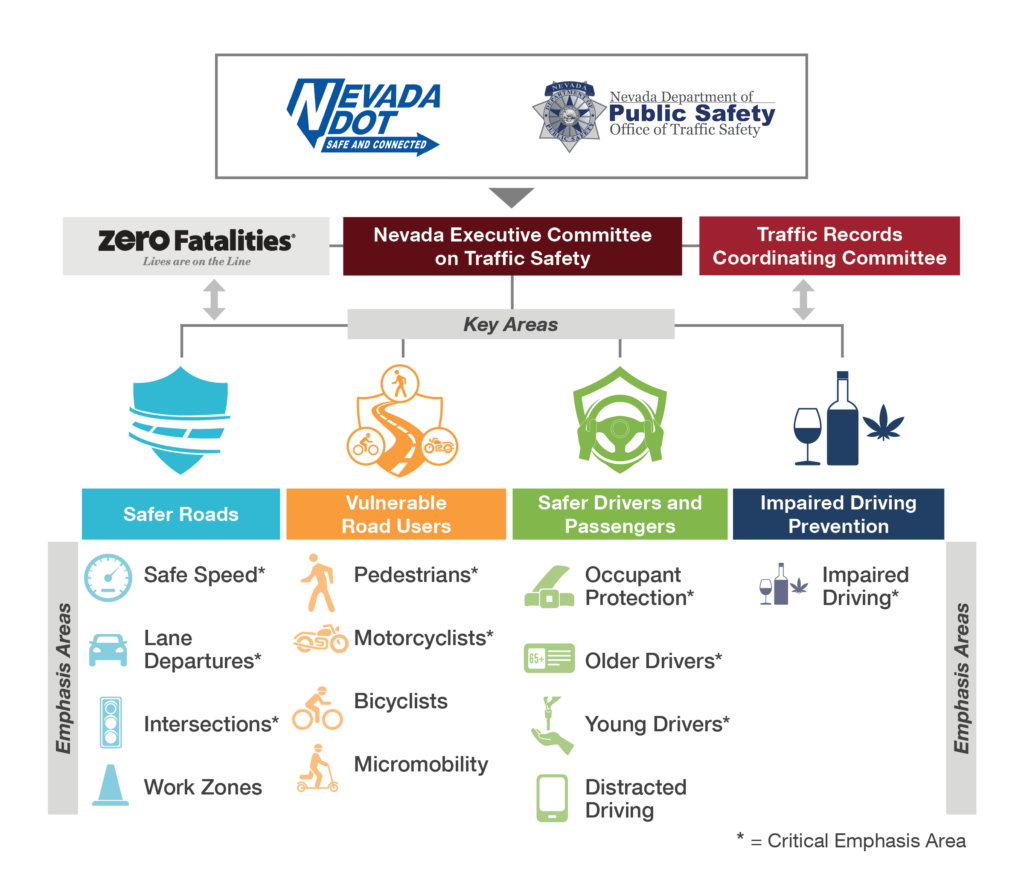