The National Highway Traffic Safety Administration (NHTSA) estimates that 36,120 people were killed on US roadways in 2019, a 1.2% decrease from 2018. This marks the third consecutive year that the number of total fatalities has decreased. In 2019, 284 people were killed on Nevada roadways, a decrease from 329 fatalities in 2018. While this decrease is good news, even one life lost on Nevada’s roadways is too many.

During the COVID-19 pandemic, the Nevada Highway Patrol (NHP) has observed a growing number of speeding violations. Trooper Hannah DeGoey, Public Information Officer for NHP, reported 196 drivers cited for speeding between February and May, compared to 223 drivers cited during the same time frame last year. These numbers may seem similar, but in 2019, the state was not experiencing a pandemic and experienced 70% more traffic. This means a larger percentage of drivers on the road during this time period in 2020 were speeding.

Las Vegas Metro Police Department Lieutenant Bret Ficklin stated that the Department responded to six fatal collisions since the shutdown—four of which were speed-related. 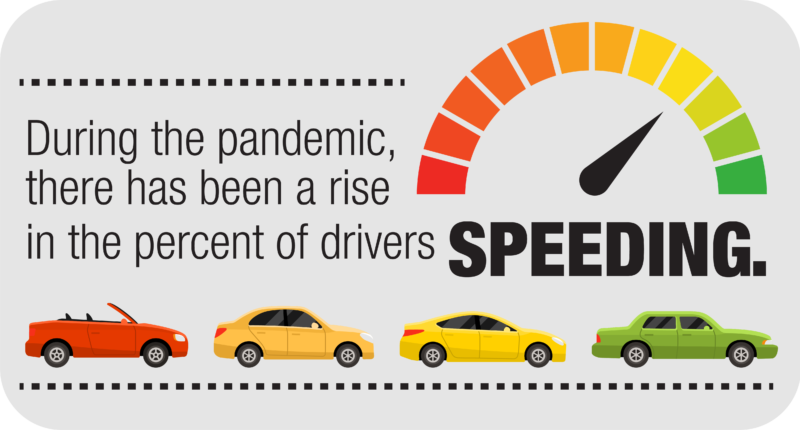