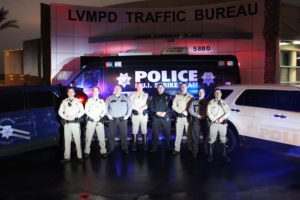 The Las Vegas Metropolitan Police Department (LVMPD) and the Nevada Highway Patrol (NHP) have partnered to form Nevada’s first-ever driving under the influence (DUI) enforcement team, known as the DUI Strike Team. Seven full-time sworn officers, including four LVMPD officers and three State Troopers, have been appointed to the task force with the mission of reducing impaired driving related crashes and furthering the goal of Zero Fatalities on Nevada roadways.
The DUI Strike Team, patrolling the Las Vegas Valley in discretely-marked vehicles during known hours of increased impaired driving rates, are exclusively responsible for detecting and apprehending impaired drivers. All team members are skilled DUI investigators and are well-acquainted with highly problematic areas for impaired driving within the Las Vegas Valley. DUI arrests made by the Strike Team in their first 16 working days, which began Oct. 24, 2018, equaled one percent of all DUI arrests in Nevada in 2017. 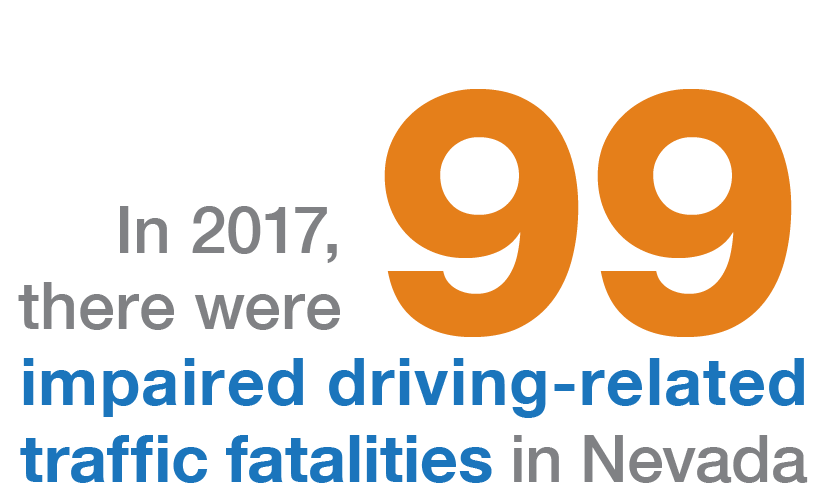 Impaired driving has been an epidemic consistently plaguing the Valley and is a common cause of motor vehicle crashes resulting in injuries and death. In 2017, there were 99 impaired driving-related traffic fatalities in Nevada. Factors that lead to Nevada’s high impaired driving-related fatality rate include its lack of an alcohol control board and liability laws, 24-hour alcohol access, and the recent legalization of marijuana.

Click here to see a video of the DUI Strike Team.