Each year awards are presented to recognize hard work, progress, and significant contributions in various areas related to the SHSP in Nevada. This year, 11 awardees from Northern Nevada were recognized during the 2017 Annual Nevada Traffic Safety Summit in May. Awards were presented by Sondra Rosenberg, Assistant Director of Planning, NDOT, and NECTS Chair. 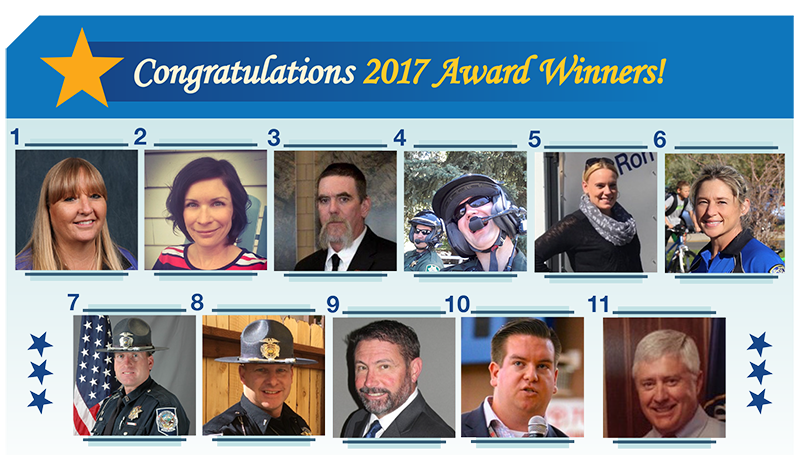