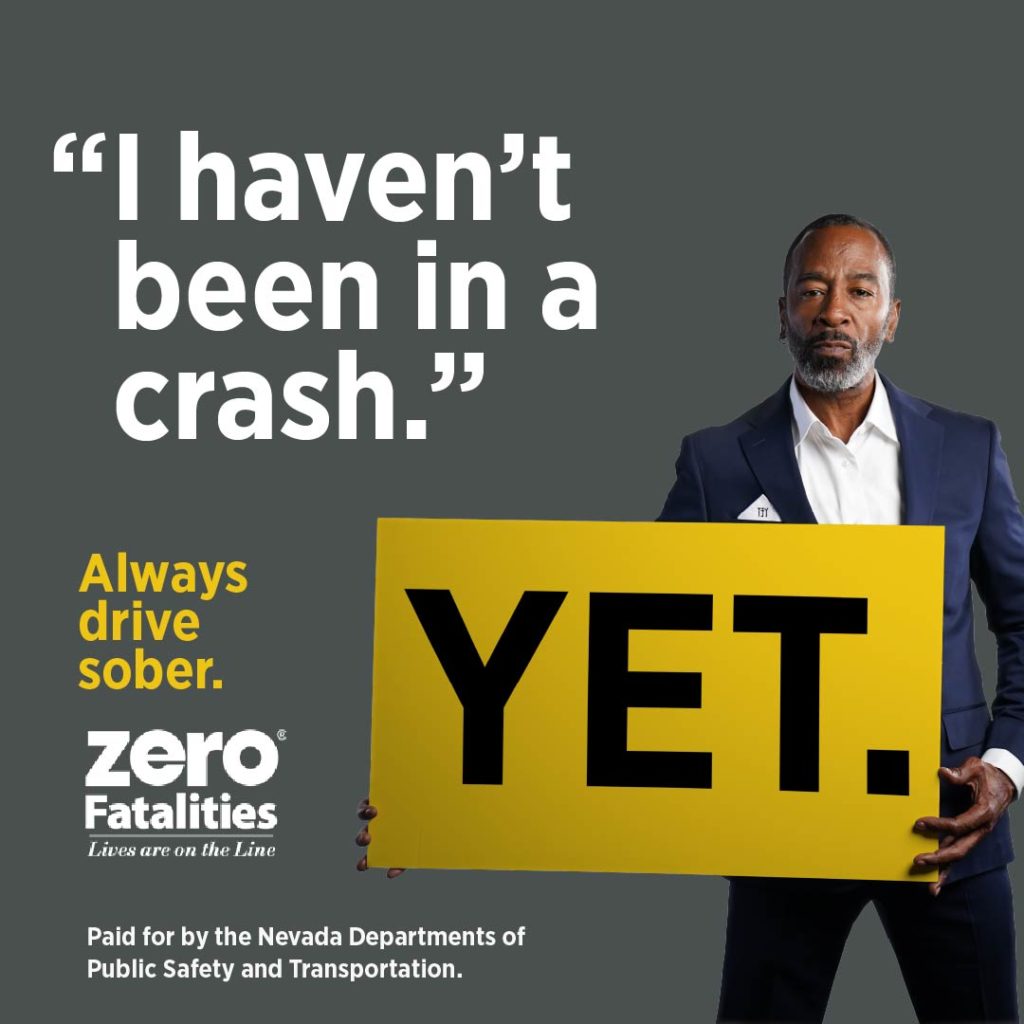 Impaired driving is one of the top contributing factors in motor vehicle crashes in Nevada, comprising 47% of total traffic fatalities. This campaign aims to educate drivers that impaired driving is not limited to excessive alcohol consumption, but also includes excessive marijuana and substance abuse.

The campaign launched just before Memorial Day weekend and leveraged three separate videos and radio spots to communicate that just because bad situations have not happened yet, there is always a possibility and a danger for any impaired driver.