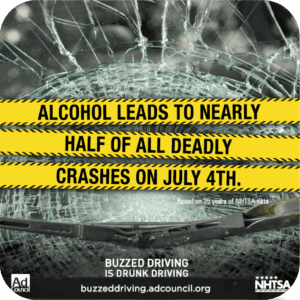 The National Highway Traffic Safety Administration (NHTSA) ran a campaign for the Fourth of July holiday weekend to remind drivers that buzzed driving is drunk driving. The Fourth of July holiday consistently has the highest number of alcohol-impaired crash fatalities each year, and national, state, and local campaigns look to educate drivers on the dangers of impaired driving.

Traffic safety expert Andrew Bennett noted that as businesses have begun to reopen, Nevada roads are once again swamped. In his opinion, he said, Las Vegas motorists have forgotten how to drive, and he has recently seen more aggressive and less patient driving habits.