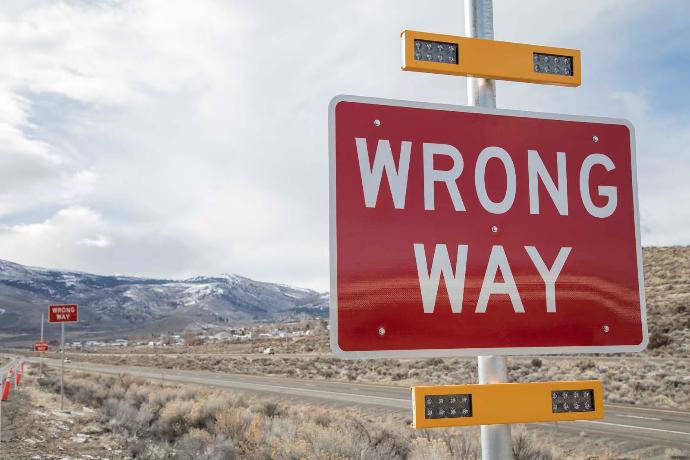 As a pilot program, NDOT has replaced traditional “WRONG-WAY” signs on off-ramps and has installed flashing warning and detection systems on 20 US 395 ramps in the Reno area. The system uses radar and closed-circuit cameras to automatically detect vehicles traveling up the ramp in the wrong direction and activates red flashing wrong-way signs on the ramp. Once the vehicle passes the second warning sign, other drivers and law enforcement are alerted.

According to NDOT, 409 wrong-way crashes occurred in Nevada between 2005 and 2015, resulting in 75 deaths. The Transportation Research Board reported an average of 360 deaths occur nationwide every year due to wrong-way driver crashes, with more than half of wrong-way drivers involved in such crashes impaired by alcohol.

The cost of the program is $100,000 per ramp. Preliminary research shows that wrong-way detection systems are 80% effective in stopping wrong-way drivers.