Managing Speed on a State Level 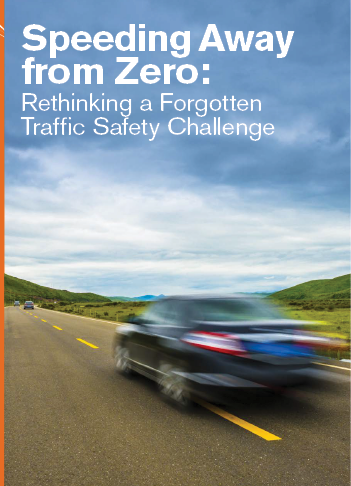 “Speeding Away from Zero:  Rethinking a Forgotten Traffic Safety Challenge” was recently released by the Governors Highway Safety Association (GHSA) as a part of their Spotlight on Highway Safety series. Highlighting the role of speed in fatal crashes, the new report suggests that despite the significant role speed plays in crashes nationwide, “Speeding remains a publicly-accepted driving behavior that is reinforced among motorists, policymakers and transportation stakeholders.” While GHSA reports that speed played a role in about 26% or 9,717 road deaths nationally in 2017, Nevada saw an even larger proportion of its 2016 traffic fatalities—38% or 125 deaths—that involved speed as a factor.  The report goes on to observe that “Overall progress on the issue of speeding has been limited at best.”

The analysis suggests that federal, state, and local policymakers’ approaches to speed management reflect current cultural attitudes about speed. It notes that many states are increasing certain speed limits and others are granting more local discretion to set speeds according to local needs. GHSA recommends the federal government should better prioritize speeding and create new programs that specifically address the issue of speed.