According to the Insurance Institute for Highway Safety (IIHS), texting drivers face a crash risk two to six times higher than a non-texting driver, and according to the American Automobile Association (AAA), 67% of drivers admit to engaging in this potentially lethal behavior. Attendees at this year’s Nevada Traffic Safety Summit were able to hear from Ben Lieberman with the Alliance Combating Distracted Driving about the groundbreaking technology that aims to reduce distracted driving. 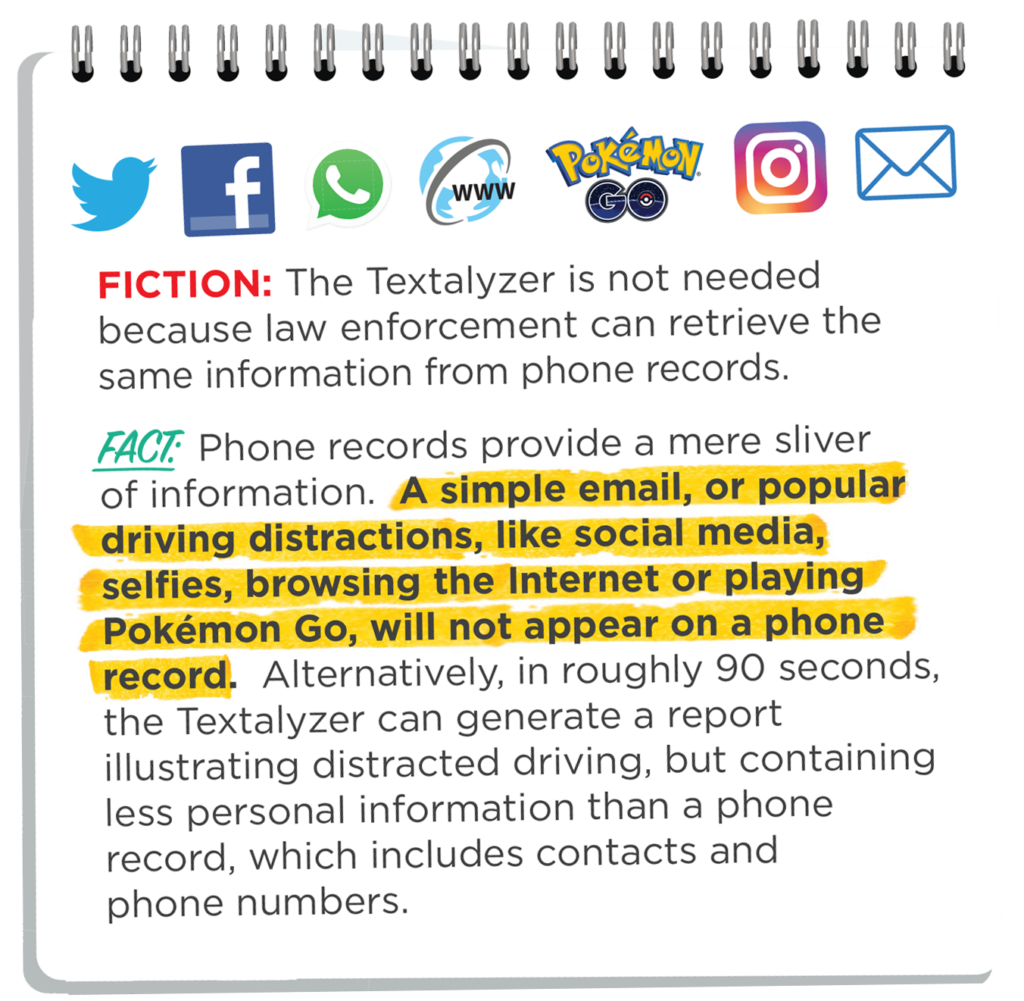 The Textalyzer technology is a hand-held tablet for the officer that field tests a motorist’s mobile device after an auto crash. The field test takes about 90 seconds while the cell phone in the motorist’s hand and results in a report on whether the user was illegally typing or swiping. However, it cannot access any personal content. The technology also differentiates between legal voice activation and handheld use. The Textalyzer is not designed or programmed to retrieve personal content and the device never leaves the motorist’s hands.

The Textalyzer technology has received several endorsements, including endorsements from the National Safety Council, the Police Conference of New York, the New York Insurance Association, and We Save Lives Highway Safety Advocates.