What’s Trending: What is the Link Between Legalized Marijuana and Fatal Crashes?

With the recent passing of Question 2 on the November 8th ballot, many are left wondering what the impact on crashes on Nevada highways will be due to the marijuana legalization initiative. There seems to be evidence that the answer to that question is yes, there will be an impact to crashes on Nevada roadways.

Recent research conducted by the AAA Foundation for Traffic Safety in the State of Washington after they legalized recreational marijuana use indicates the percentage of drivers under the influence of marijuana that were involved in fatal crashes has doubled between 2013 and 2014. Another study released by the Governor’s Highway Safety Association (GHSA) has shown that the number of drivers killed in crashes that tested positive for drugs has increased from 29 percent in 2005 to 39.9 percent in 2013. Even though the use of prescription drugs must be taken into consideration, this same report shows that marijuana has been the most commonly used drug by fatally injured drivers. 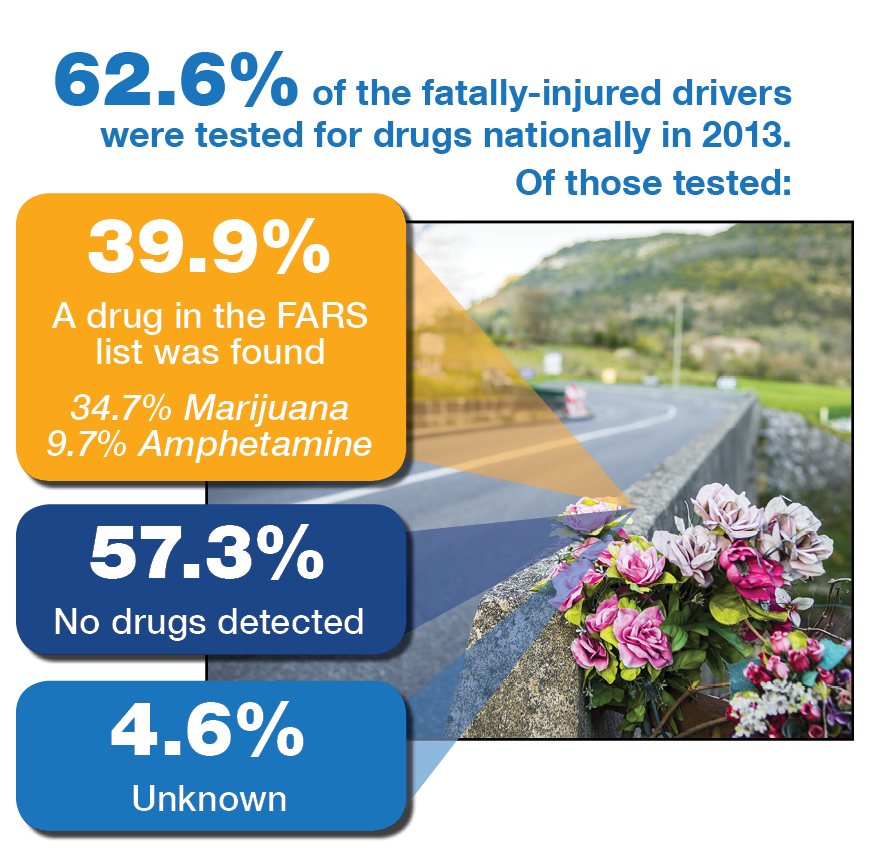 Driving under the influence of marijuana is illegal in all 50 states, however, with the recent legislation that has been passing state-by-state, just about half of the U.S. now allows medical or recreational use of marijuana. Similar to the use of alcohol, drugs often lead individuals to abuse the habit and users become more complacent about using it and getting behind the wheel. They underestimate how drugs impair their judgment and reaction time while driving, which contributes to crashes.

The same GHSA report reflected on two focus groups conducted in Colorado and Washington since the legalization of recreational marijuana use. In these groups, participants that regularly used marijuana felt that their use of the drug did not impair their ability to drive. These results can be misleading because the amount of marijuana present in the body that is needed to impair a driver is inconsistent among users. This makes establishing THC (tetrahydrocannabinols) levels for laws, similar to blood alcohol levels (BAC) levels, very difficult. Alcohol present in the bloodstream has proven to increase crash risk in proportion to the BAC level. Marijuana use does not have a similarly proven crash correlation and is currently nearly impossible to determine if a driver is impaired simply based on the amount of the drug in their system.

In Washington, fatal crashes caused by drug impaired drivers rose 98% in 2014. In Colorado, these crashes rose 32% during the first year of legalized recreational marijuana use.