Each year, Penna Powers works with the Nevada Departments of Transportation (NDOT) and Public Safety (DPS) to conduct quantitative research in order to assess public awareness of the Zero Fatalities program, as well as its influence on changes in behavior. The overarching goal is to achieve 70% awareness of the Zero Fatalities program by the end of 2017 and to ensure that there is a steady increase in safe driving behaviors.

The Zero Fatalities marketing and outreach efforts in 2015 reached 97% of Nevadans in some form with a 65% awareness (up from 30% in 2012). This could have been through a TV commercial, billboard, radio commercial, outreach event interaction, social media post, etc. 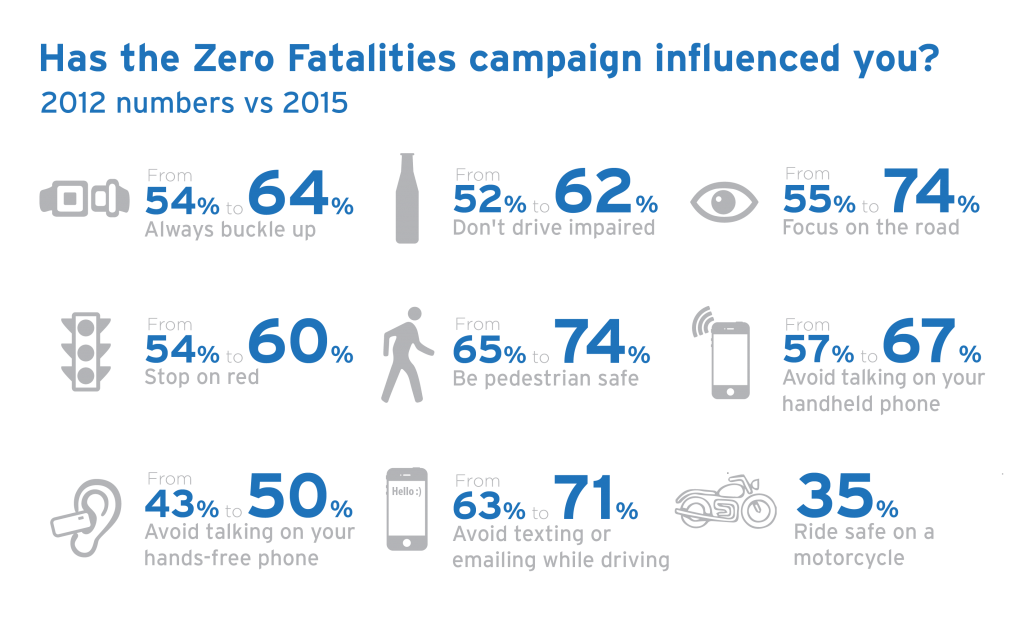