Traffic safety professionals know that over 90% of the time the driver is either completely or partially at fault in fatal crashes, but how do we address this problem? 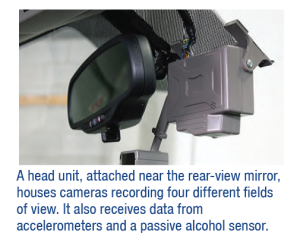 The Second Strategic Highway Research Program (SHRP 2) set out to investigate the problem by outfitting volunteers’ vehicles with video monitoring, Global Positioning System (GPS), radar, and a host of other data collection equipment. The goal was to get a better understanding of how drivers behave behind the wheel and use that knowledge to improve both roadway infrastructure and vehicle technology and performance. Over a 6-year study period, the SHRP 2 Naturalistic Driving Study (NDS) enlisted 3,147 driving volunteers from six locations across the United States to collect 5.4 million trips, 3,958 vehicle-years, and 49.6 million vehicle-miles of data. Additional information was collected on roads most traveled by the volunteers. 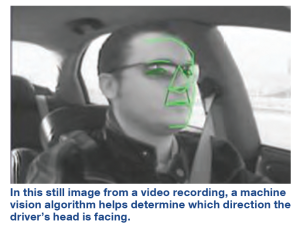 To maintain the anonymity of the driver volunteers, the team from UNR traveled to Virginia Tech to view secure facial videos. The team reviewed video of the drivers’ faces and recorded driver’s glances before, during, and after the turn, in addition to other valuable data elements. The team compiled and analyzed both the vehicle sensor data and driver behavior data. 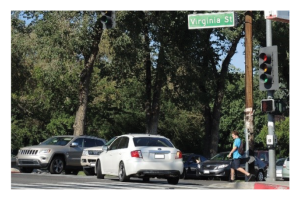 Dr. Hao Xu and Chuck Reider presented the research findings to the AASHTO Safety Task Force and FHWA in Arlington, Virginia in October 2015. Some interesting observations of right turn drivers include:

The State of Nevada is aware of the seriousness of pedestrian crashes and this project will provide clues on how to make urban intersections safer for pedestrians. One more step towards Zero!